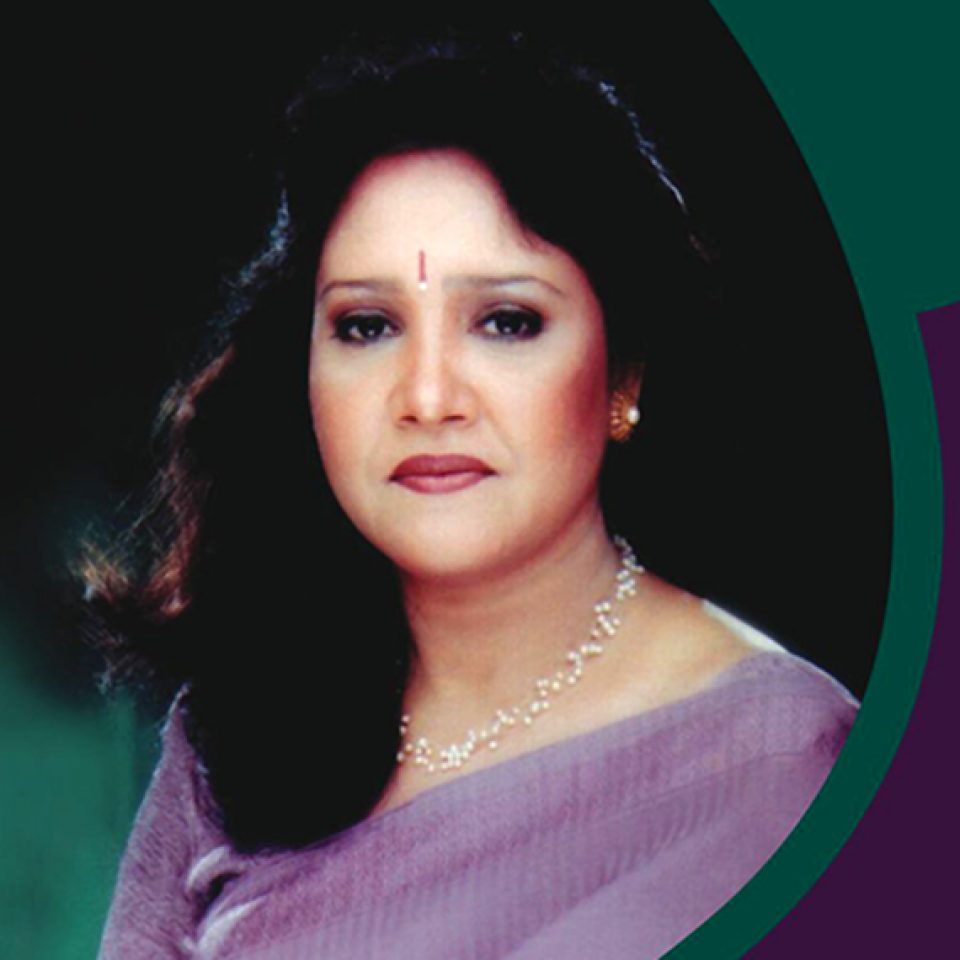 Born in a family with rich cultural heritage, Mrs. Yasmin Mushtari grew up in an atmosphere of literature, poetry and music.  Her father, Mr. Talim Hussain, was an eminent poet and journalist and the founder of the Bangladesh Nazrul Academy and her mother, Mrs. Mafruha Chowdhury, was a journalist and short story writer.

Mrs. Yasmin Mushtari’s formal training in music started at the early age of six in the Nazrul Academy where she was awarded a Gold Medal. She has been performing for the Bangladesh Radio and Television since the age of twelve.  Her performance in “Natun Kuri” was highly acclaimed. She has received several awards for her outstanding contributions to Nazrul Geeti. She won the Citycell Channel I Best Singer Award in Nazrul Sangeet in 2006.

Mrs. Yasmin Mushtari was attracted to Ustad Mehedi Hasan’s Ghazals and rendered his Ghazals during his visit to Bangladesh in 1986. Ustad Mehedi Hasan ceremoniously adopted her as his Shagird and provided her training and guidance.