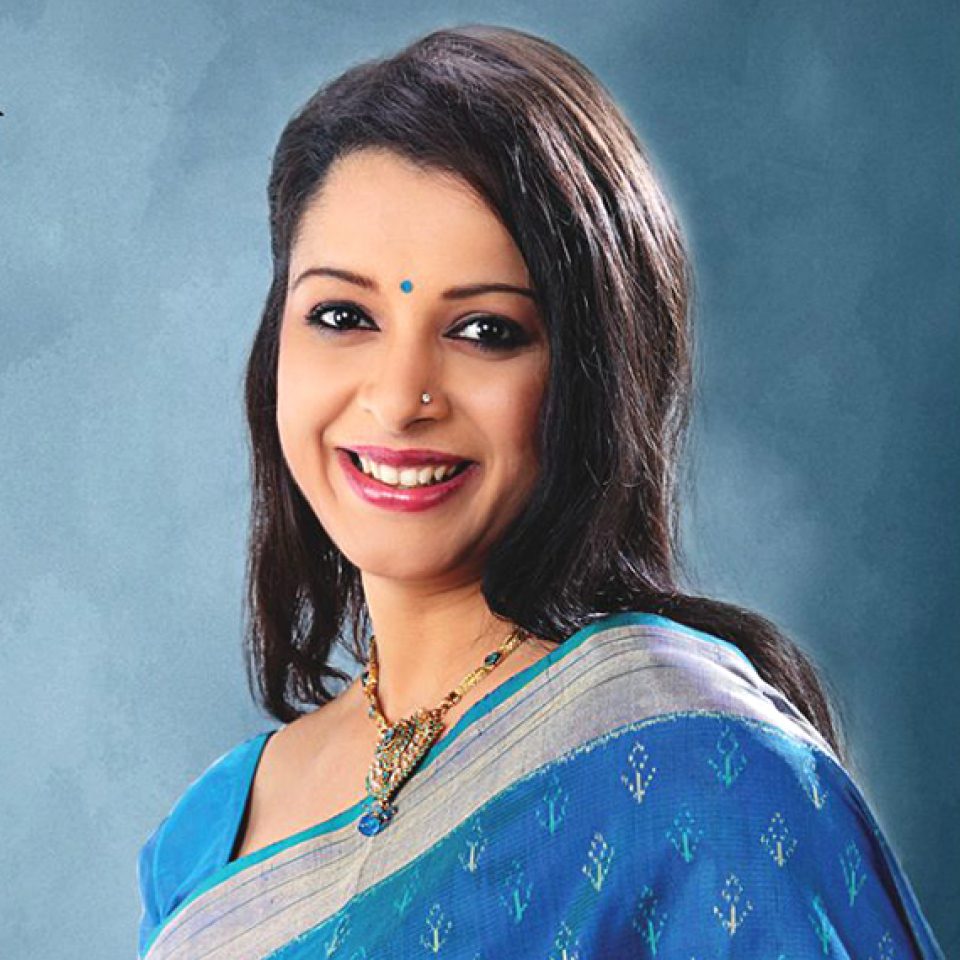 Born in 1975 at Kolkata to a musical family with her grandfather Late Subho Guhathakurta being the founder of renowned Rabindra Sangeet training institutes—Gitabitan and Dakshinee, Ms. Guhathakurta trained under legends of Rabindra Sangeet such as Late Suchitra Mitra, Late Konika Bandopadhyay and her “mentor, teacher and guide” Shri Sudeb Guhathakurta who is her paternal uncle and the current Principal of Dakshinee. Following formal training, Ms. Guhathakurta has performed in concerts alongside veterans such as Soumitra Chattopadhyay, Aparna Sen, Dhritiman Chatterjee, Farooq Sheikh, Saswati Guhathakurta, Bratati Bandopadhyay and Srikanta Acharya. She has also lent her voice to noted Tagore dance dramas like Shyama, Chandalika etc. She is also a play back singer and has sung for Bengali films such as “Deepar Prem” and “Antardhan”. She has released several CDs by SaReGaMa, HMV. She has won awards such as “Shyamal Sen Smriti Sanman”. She is a regular artist for the Tara Muzik Channel of Kolkata. She has travelled extensively for performances in different countries.