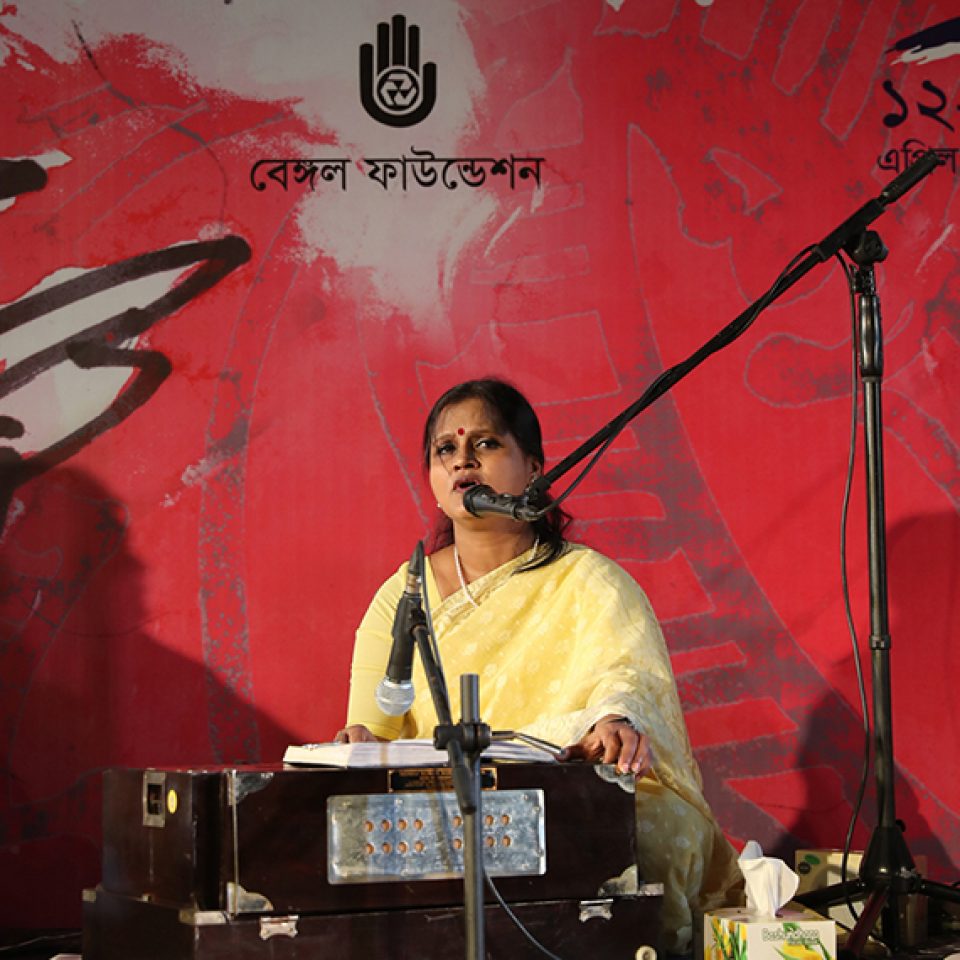 Born in Comilla in 1975, Mrs. Sharmin Shathi Islam, popularly called “Moyna” by her fans, is a young remarkable exponent of Nazrul Sangeet in Bangladesh. She commenced her musical training under Smt. Aloka Das at a young age and subsequently enrolled herself at the Chayanaut Sangeet Vidyayatan for a five-year course that concluded in 1998. She is, at present, a trainer at the Chayanaut Sangeet Vidyayatan.
Moyna had the privilege of being trained in Rabindra Sangeet under legendary exponent Waheedul Haque. She also undertook lessons in Hindustani Classical Vocal Music and Nazrul Sangeet from noted singer Mr. Sumon Chowdhury. She is actively involved with the ‘Jatiya Rabindra Sangeet Sammellan Parisad’, a national platform devoted to the practice and learning of Tagore’s music and promotion of Indian classical music in Bangladesh. In 1990 she joined ‘Anandadhani’, an organization that nurtures Bengali music. She is also a member of the Nazrul Sangeet Shilpi Parisad since 2007.
Moyna has represented Bangladesh with her renditions of Nazrul Sangeet in a number of cities in India– Delhi, Kolkata, Assam and Tripura. She has also performed in Turkey. In the USA, she performed Nazrul Sangeet at various concerts in New York, Baltimore and Buffalo in 1999 and 2004. She is also regularly invited to perform for television channels in India and Bangladesh. “Moyna” has released three albums of Nazrul Sangeet till date– ‘Khunji Tare Ami Aponay’, ‘Sandhya Gadhuli’ and “Sokal Belar Sur.