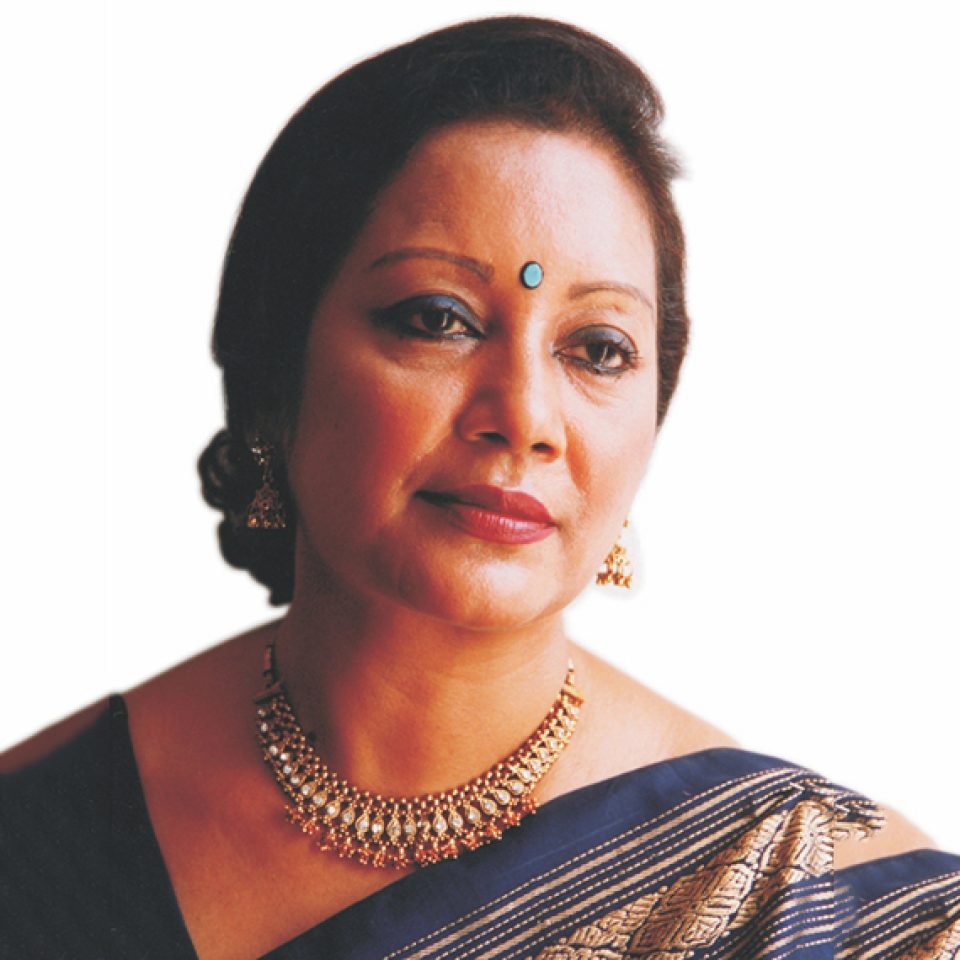 Singer Shaheen Samad is one of the torch bearers of Nazrul Geeti in Bangladesh. She is a former artiste of the Swadhin Bangla Betar Kendra, the station which inspired millions across the Nation during the Liberation War in 1971. This brilliant was born on 27th December 1952 at Kustia district, her mother Mrs. Shamsun Nahar Rahima Khatun and father Samsul Huda. Her home district is in Nowakhali. However, she spent her childhood at Jalpaiguri mostly then her family shifted to Nilphamari district. She went to a primary school there and got her first prize from a local cultural program singing a song called O Bak bakum payra. She went to Ustad Ram Gopal for her classical then at Dhaka Ustad Fazlul Haque Mia and Ustad Ful Mohammad also has huge impact in her learning. She lost her father at very young age but when she wanted to learn academically her father took her to the BAFA (Bangladesh academy of fine arts ltd.) Sharing her academic background in singing Shahin Samad says, I entered Chhayanaut when I was 13. Singers like Sheikh Lutfur Rahman, Sohrab Hossain and Anjali Ray were my mentors. After coming back from London I also learned singing from Shudhin Das. I have also learned under Ustad Phul Mohammed, Ustad Fazlul Haque, Sanjida Khatun and from many others. According to Mrs. Samad, I joined Bangladesh mukti shonggrami then based at 144 Lenin Shoroni, Kolkata, India in 1971. During the Liberation War, the Bangladesh Shohayok Shamiti centre became a hub of cultural activism. It was there that our group Bangladesh Mukti Sangrami Shilpi Shongstha was formed. Renowned writer and journalist Dk Bondopadhdhay provided us with a space in his home. That time we used to sing from the script named Rupantorer Gaan. It was narrated by Hasan Imam and Mostofa Monwar worked for the CD background. Every cultural personality of India helped us in our efforts. We performed on stages and collected money for the Refugee camps and freedom fighters. In 1971 Shahin Samad traveled to many refugee camps, war-zones and camps of freedom fighters as she inspired the brave souls through her singing. She recalls, we started our journey to Jessore, the Muktanchal, from Kolkata. The journey itself wasnt an easy one as we did not have enough supplies with us. On our way we had to stop at the villages and sing to the villagers. According to Major Gias, after listening to the song Janatar Shongram we went out for an operation and won it. We travelled to many places in West Bengal to encourage people, Shahin Samad adds. Speaking about Muktir Gaan Shahin Samad says, An American filmmaker Lear Levin came to us and told I will not disrupt your works, I just want to stay with you and film you. He was with us and recorded all our activities. It’s not a film. It was all reality. Regarding the practice of Nazrul Geeti Shahin Samad says, I am optimistic about the point of practising Nazrul s songs in Bangladesh. And I dont believe that Nazrul gets less priority than the others. But I also think that media should play more dynamic role in that case. As a member of NSSP (Nazrul Sangeet Shilpi Parishad) she says, NSSP was founded nine years ago. Now it has 217 members. We are holding many workshops. We have taken initiative to teach Nazrul Geeti in 36 schools. We also hope to arrange a childrens singing contest.