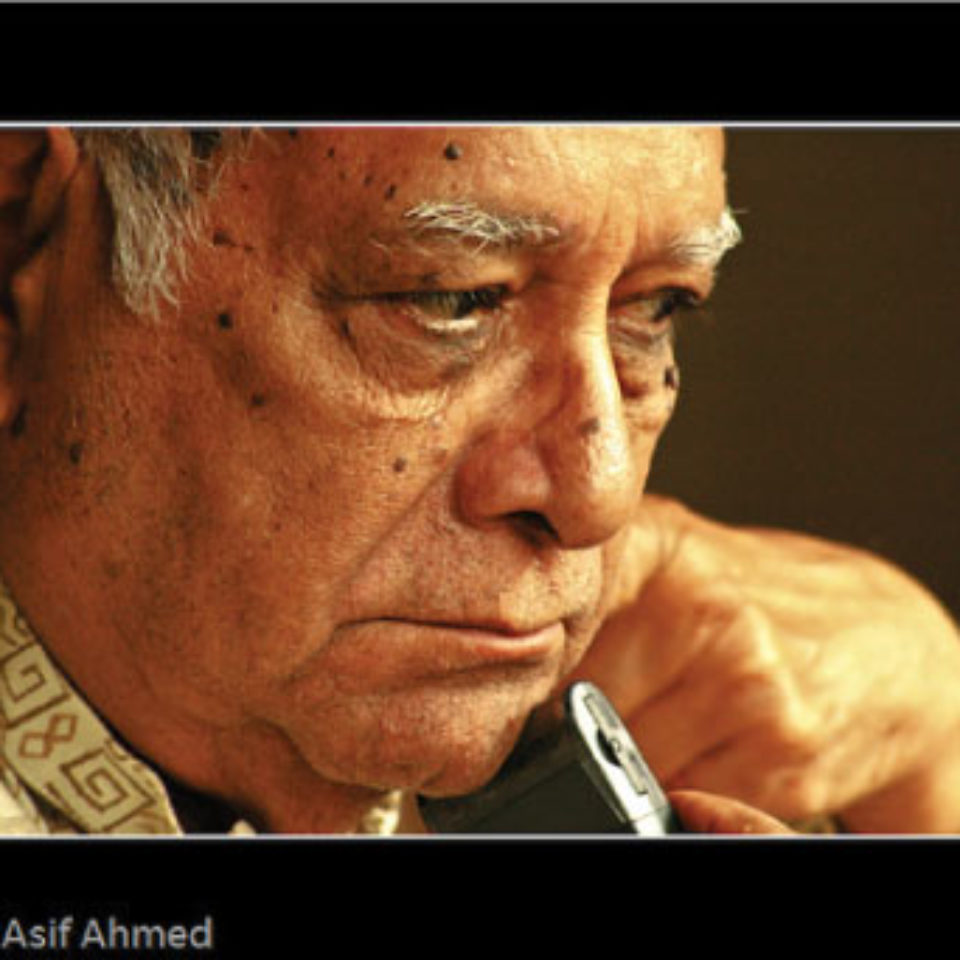 Kalim Sharafi – (8 May 1924 – 2 Nov 2010[1]) was a Bangladeshi Rabindra Sangeet singer and cultural revolutionary. He gave his ideas in several publications regarding politics, culture, and Tagore. He is regarded as one of the best Rabindra Sangeet singers in the subcontinent. Kalim Sharafi was born in Birbhum district of West Bengal on 8 May 1924. He was from a pir family, a tradition against music, and they came from Sonargaon. He was first influenced by this father who was a singer. His passion for music blossomed at an early age as he came across with renowned artists of pre-independent India. He said, “As a child I used to find Rabindranaths compositions naturally melodic and heart touching and would grasp them easily”. Sharafi was involved in politics at the age of 18 as he joined the Quit India movement in 1942. Consequently, he was arrested by the police from his village and spent more than a year in prison with other activists. It was in prison that his passion for Rabindranath Tagore was rekindled. During this period of his life, he became a member of Popular Theatre Association, which in Bengali is referred to as Bharatiyo Gononatya Shangha. He was important in breaking down barriers that prevented women from becoming involved in theater. As a result of his beliefs in communism, he was banned from the state-run radio Bangladesh Betar, which hurt his musical career. During the Bangladesh Language Movement, Tagore was also banned. Kalim Sharafi was a founding programme director of Bangladesh Television between 1964 and 1967. From 1969 and 1972, he was general manager of the Pakistan Gramophone Company Ltd. Sharafi also worked in Bangladesh Textile Mills Corporation between 1974 and 1976. He was also the founder of the music school Sangeet Bhaban in 1983. He served as the president of the “Bangladesh Rabindra Sangeet Shilpi Sangstha”. Sharafi married Noushaba Khatun and have five children including one son and four daughters. Kalim Sharafi died at his residence on Tuesday 2 November 2010 at the age of 86. He had been suffering from old age complications. He was buried in the Martyred Intellectual’s Graveyard.