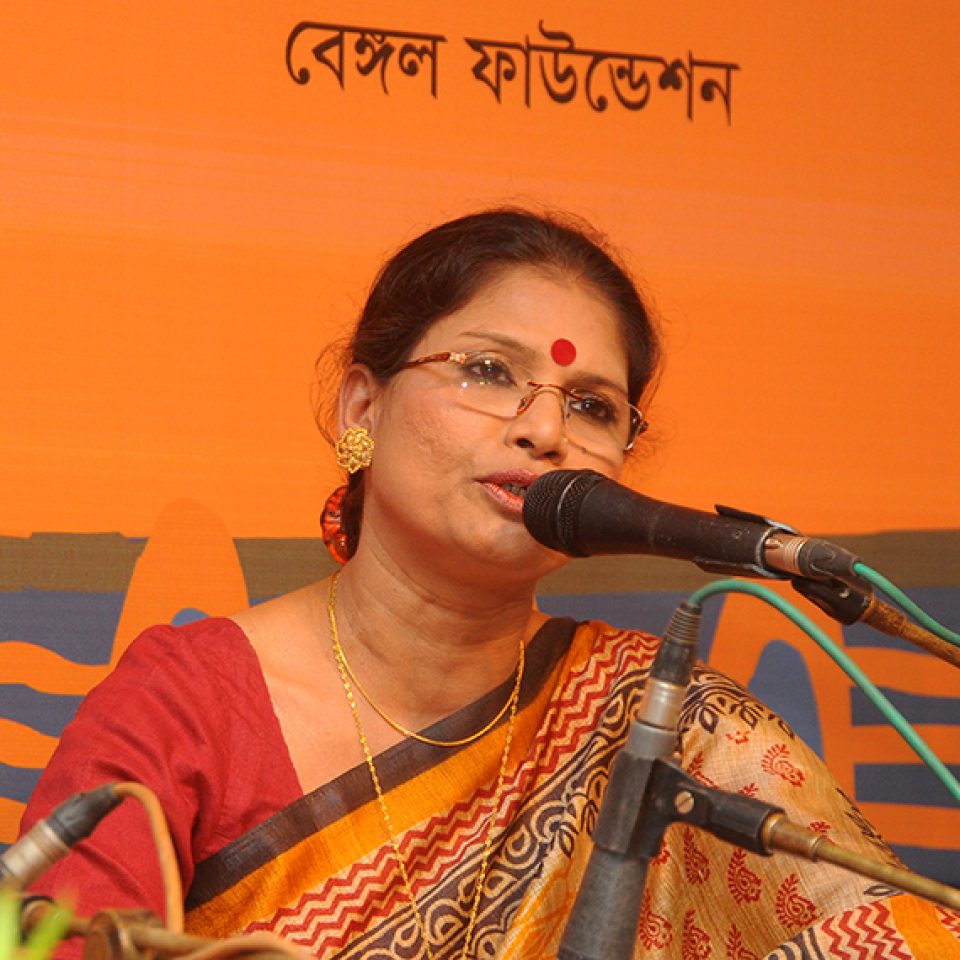 Chandana Majumdar is one of the outstanding exponents of Folk Songs and Nazrul Geeti in Bangladesh. After securing a Diploma in Music from the Bangladesh Shilpakala Academy, Majumdar graduated to record more than 25 solo musical albums in Folk Music and Nazrul Geeti (most of which have been ‘Best Selling’) in her long musical career till date.  Her song—’Jao pakhi bolo tare’—had been a rage amongst the Bangla music lovers of Bangladesh and the world. She is currently involved at the prestigious Chhayanaut in Dhaka as a music instructor.

Chandana Majumdar had been the proud winner of the National Award for being the Best Singer for the film “Monpura” in the year-2009. She also had the distinction of visiting India, China, Japan, Sweden, Singapore, Qatar, Uzbekistan etc. for performances.