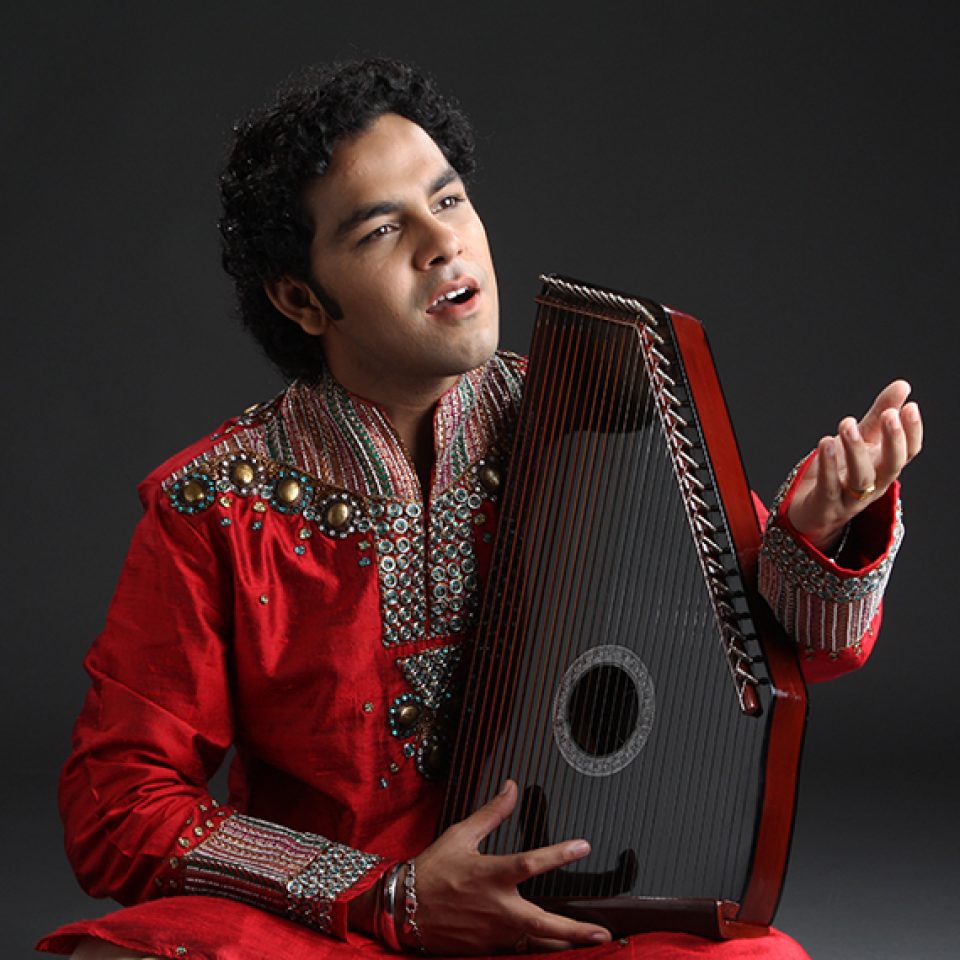 Arshad Ali is one of the few prodigies to live up to their initial promise. Arshad, the grandson of the legendary sarangi maestro late Padmashree Ustad Shakoor Khan, was absorbed into the ITC Sangeet Research Academy, Kolkata, as a scholar at the age of six. Born in the family of the principal Kirana Gharana musicians, he received extensive taleem from his maternal uncles, Ustad Mashkoor Ali Khan and Ustad Mubarak Ali Khan in the true guru-shishya parampara training.

Today, Arshad is hailed as a performer par excellence. He is one of the few contemporary singers of the Kirana Gharana to have assimilated the essence of the meer-khand vistar or development, typical to the gharana. His style, while strikingly original in its creative exposition of the raag, is seeped in a traditional mould. His ability to balance his performances with sensitive alap / vistar, complex sargams and an onslaught of lightening fast taans has set him in a class apart.

As a child, he became one of the most celebrated “Little Ustads” of our country. In the year 1993, at the age of nine, he was described as “the biggest sensation of Sawai Gandharva Sammelan” following his performance on a special invitation from Bharat-Ratna Pandit Bhimsen Joshi on the occasion of his 75th birthday celebrations. Other memorable performances include Bhatkhande Sangeet Sammelan, Lucknow (2000), Harvallabh Sangeet Sammelan, Jalandhar (2004), Sangeet Natak Akademy’s ‘Sangit Pratibha’, Patna (2005), Gharana Sammelan, Mumbai (2006) and Sawai Gandharva, Pune (2008) among others. Apart from performing in most prestigious music festivals of India, he has performed at numerous ITC Sangeet Sammelans across the country. His international tours, taking him to countries like Holland and the Middle East have been well received by the audiences and critics alike.

In 2002 he was awarded the JADUBHATTA PURASHKAR. He has several Cds by reputed labels such as HMV Saregama to his credit.