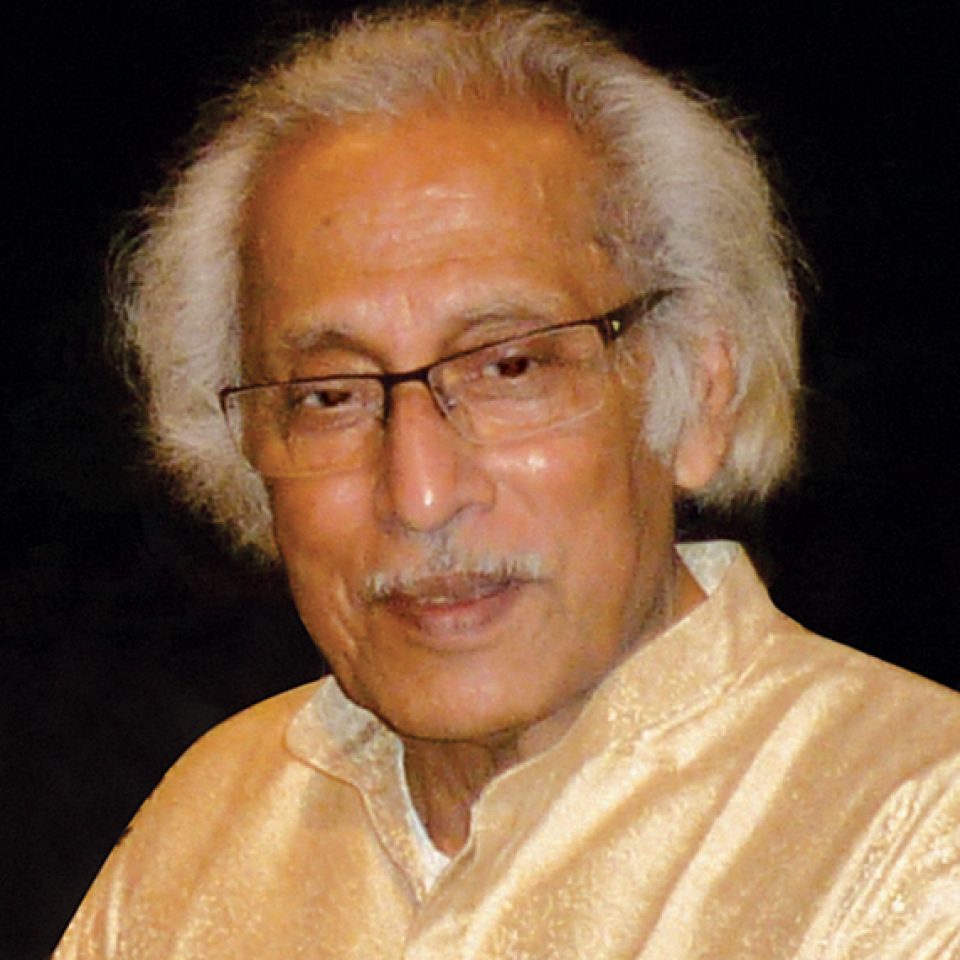 Born on February 21, 1927 in a family of rich musical tradition dating back one hundred and fifty years Pandit Amiya Ranjan Bandyopadhyay is among the best exponents of Khayal in the country. Son and disciple of Sangeetacharya Satya Kinkar Bandyopadhyay, Pandit Bandyopadhyay is the scion of the Bishnupur gharana. Today Pandit Amiya Ranjan Bandyopadhyay is one of the senior most Khayalists still performing at the top of his form.
Since the nineteen fifties Pandit Bandyopadhyay has remained an established and highly esteemed artiste. He is a ‘Top’ grade artist of All India Radio and Doordarshan. He has been performing at all the major music festivals and gatherings of the country and has travelled to America and Europe to perform and lecture on Indian Classical Music.
A disciplined yet creative elaboration of the Ragas, aesthetic and tuneful voice technique, extreme clarity and unmatched precision of taankarl, and underlying sense of rhythm, absence of gimmickry and generally a matured synthesis of cerebration and emotive content in his music have given the form of Kheyal a new dimension, contemporary in presentation and traditional in analysis.
The combination of artistry and analytic mind has made him a natural Guru who carefully nurtures the inner talent of a pupil. Many of his students are now established in their own rights. His own son Santanu Bandyopadhyay is among the most notable young classical vocalists of the country. Pandit Bandyopadhyay’s brother Sri Nihar Ranjan Bandyopadhyay also received training from him and is among the established vocalists.
Pandit Bandyopadhyay was one of the founding father and Head of the Department of Vocal Music of Rabindra Bharati University. He retired in 1992 as Professor of Music after more than thirty years of dedicated teaching. In the year 2000 he acted as a Visiting Professor of Music in Viswa Bharati. He still features in selection Board of several Universities.
Pandit Amiya Ranjan Bandyopadhyay is a unique and outstanding figure in the music world, a top quality performer, and ardent thinker and researcher and a dedicated Guru, rolled into one.