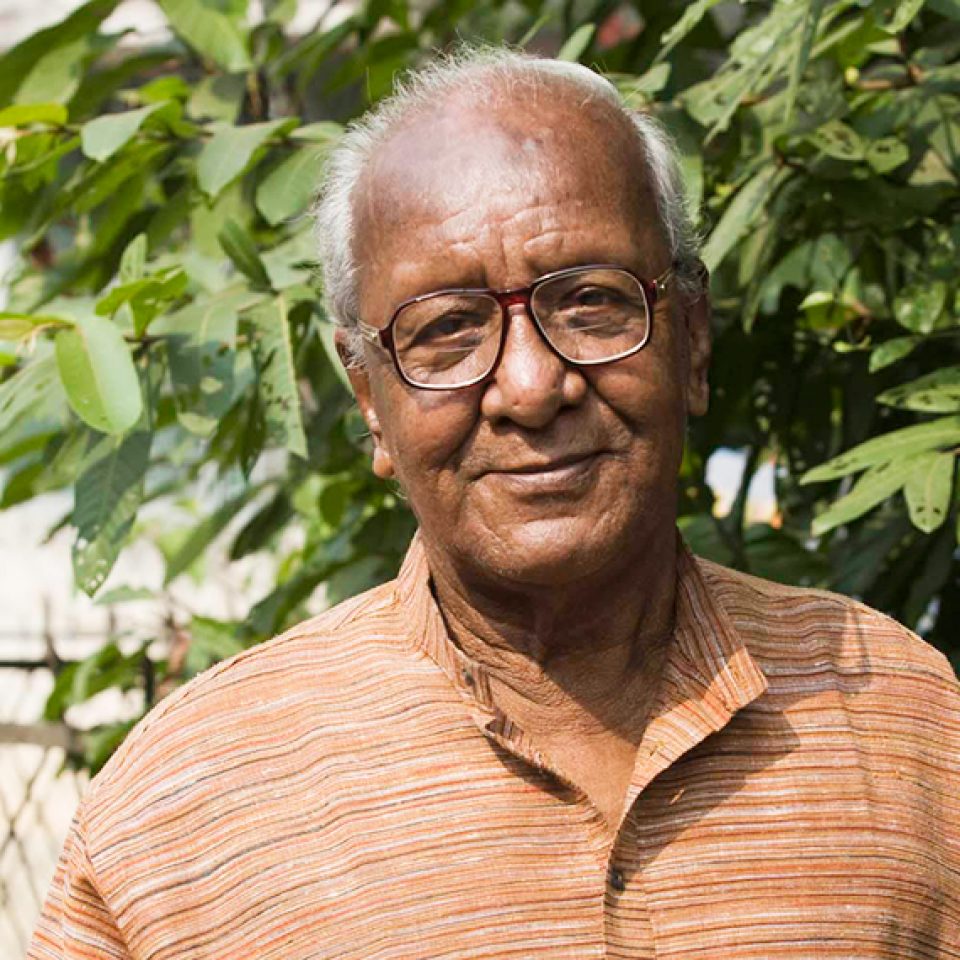 Ajit Roy was a Tagore singer from Bangladesh, who relentlessly sang inspiring songs called Gana Sangeet to inspire people to take arms against the Pakistani occupational forces during the War of Independent in 1971.Ajit Roy was born in the village Ulipur in Kurigram district on June 29 in 1938. His father Mukunda Chandra Roy was a government official in Rangpur while his mother Konika Roy was a school teacher and cultural activist. He took lesson on Tagore music from his mother Konika Roy in his childhood.Ajit Roy came to Dhaka in 1960s and began working with country’s government-run radio station and also worked with country’s only television channel from it inception. He gained in popularity in composing many patriotic songs during the war.

In the mid-60s Ajit used to compose a new song on the occasion of the Language Movement Day every year and present that particular song on the auspicious day. It was Ajit, who sang Bidrohi by Rebel Poet Kazi Nazrul Islam, composed by Altaf Mahmud on one such occasion. In 1972 he joined Bangladesh Betar (radio) as a music director, and retired in 1996. He is also the founder of a musical organisation, Abbhudoy Sangeet Academy.He lent his voice to several feature films including ‘Jibon Thekey Neya’, ‘Reporter’, ‘Je Agune Purechhi’, ‘Janmabhumi’, ‘Kothai Jeno Dekhechhi’ and ‘Kasai. He also played a character in the film ‘Suruj Mia’. Ajit rendered “Amar Sonar Bangla” and “Jago Onashono Bondi” and composed many timeless songs on SBBK. He composed the first song announcing the victory of Bangladesh: “Shwadhin Shwadhin Dikey Dikey Aj”.

Ajit had long been suffering from cancer as well as pneumonia. He died on September 4, 2011.