Bengal Foundation congratulates National Professor Anisuzzaman for receiving the prestigious SAARC Literary Award, 2019. The award was instituted in 2018, and he is its second recipient.

In a ceremony held in Thimphu, Bhutan, on Saturday; the award was presented to Dr. Anisuzzaman by the Minister for Home and Cultural Affairs, Royal Government of Bhutan. The Secretary General of SAARC and Director, SAARC Cultural Centre, Colombo, were among the distinguished guests present at the ceremony.

Dr Anisuzzaman is an eminent scholar, academician and a leading authority in Bengali literature. He received the Ekushey Padak in 1985 for his contribution to education. In 2014, he was awarded the Padma Bhushan by the Government of India, and in 2015 the Government of Bangladesh conferred on him the Shadinata Purashkar for literature. He has a long and distinguished career as a Professor in the Bengali Department at the University of Dhaka. He has also been a Visiting Fellow and a Visiting Professor at a number of universities abroad. He is the Chairman of Bangla Academy, and the Chairman of the editorial board of Kali O Kalam and Jamini. Dr Anisuzzaman is also a Trustee of Bengal Foundation and Gyantapas Abdur Razzaq Foundation. 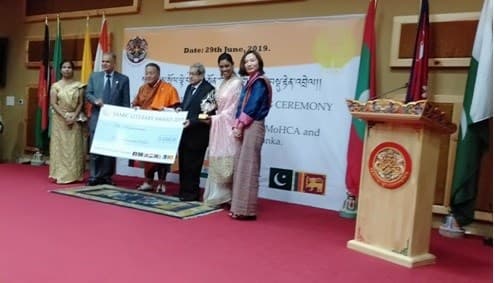 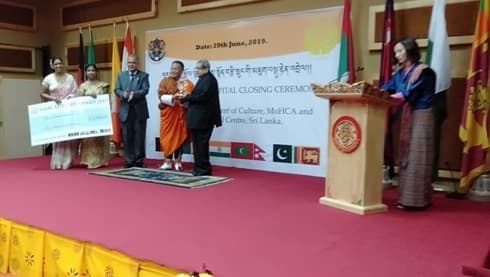