We are deeply saddened by the passing of Muhammad Jahangir.

Jahangir was a renowned media personality. He served as the Executive Director of Centre for Development Communication and was a Member of the Executive Committee of the International Theatre Institute’s (ITI) Bangladesh chapter, and a member of its theatre troupe.

Jahangir was a coordinator of Nrityanchal Dance Company. He worked closely with many Bangladeshi TV channels as a planner and programme host. Jahangir was the host of the first live television talk show in Bangladesh, Abhimat, on BTV.

Throughout his career, Jahangir also worked as a teacher of media and communication at two private universities in Dhaka. He authored and edited 25 books primarily on media and journalism, and wrote columns for several newspapers including Prothom Alo and the daily Azadi.

Muhammad Jahangir  was the younger brother of Noble laureate Dr Yunus. He passed away on Wednesday, 10 July 2019, at the age of 68. 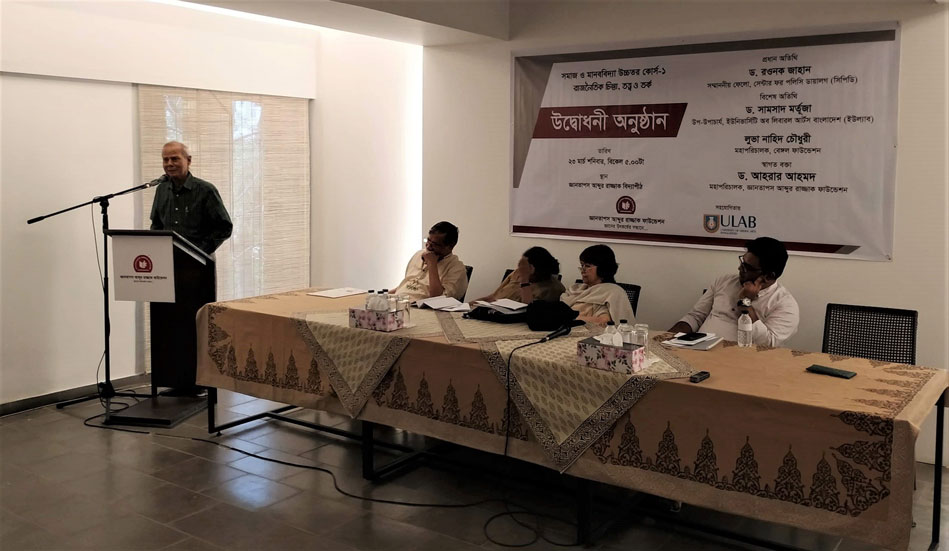