We are deeply saddened by the passing of Kamal Lohani.
He was an eminent journalist and cultural activist. Born in Shantala village of Ullahpara upazila in Sirajganj on 26 June 1934, Lohani lived through the Partition of India, Bengal Famine, Language Movement, and Liberation War of Bangladesh.
Lohani began his career as a journalist at the daily Millat in 1955. In 1962, he joined Chhayanaut as its secretary. Throughout a career of six decades, Lohani worked as a commentator, orator, anchor, and dancer. He worked at Swadhin Bangla Betar Kendra as the Editor in Chief during the Language Movement and Liberation War and was jailed and tortured several times for his political activism during these times.
Lohani was the first president of Bangladesh Sangbadik Union. He also served as the Director of Bangladesh Press Institute and the Director General of the Shilpakala Academy from 2009 to 2011. Lohani was awarded with the Ekushey Padak in 2015 by the Government of Bangladesh.
He passed away on 20 June 2020 at the age of 86. Lohani is survived by his two daughters – Bonya Lohani and Urmi Lohani – and son, Sagar Lohani. 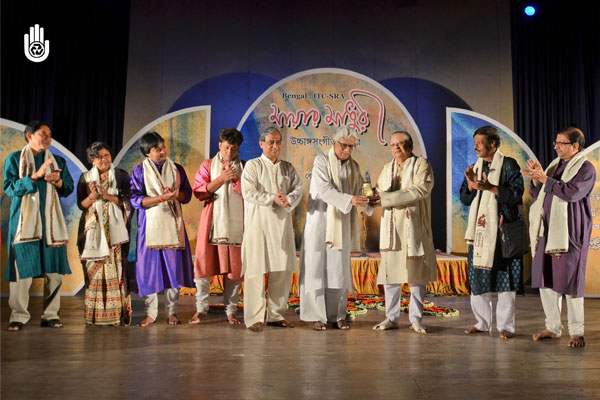 Kamal Lohani and Rathindranath Roy at the launch of the album ‘Dharla nodir pare’, 2019