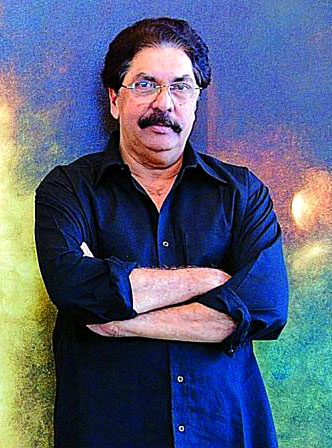 Yusuf Arakkal was born at Chavaghad, Kerala, in 1945. He lost both his parents when young and the hardships he faced early in life, honed the artist in him and sharpened his sensibility. He received a diploma in painting from Karnataka Chitrakala Parishat, Bangalore, in 1973, and later specialised in graphic print making from the National Academy Community Studios, Garhi, Delhi.

Arakkal’s paintings are singularly expressionistic in style. One could trace in them the artist’s deep concern for man and society. His compositions have shaky planar divisions, hazy texturing and chiaroscuro, all partially enclosed by the frames-within-a-frame motif. His figures are restless, dejected or quietly sensuousness, and are flattened.

Arakkal received the prestigious Lorenzo De Medici Gold Medal, at Florence Internazionale Biennale, in Florence, Italy for his work Bacon’s Man with the Child and Priest. The artist produced a large collection of miscellaneous works consisting of drawings, paintings, sculptures, murals, paper works, prints and writing. He won several other awards including Karnataka Lalithkala Academy award in 1979 and 1981, a national award in 1983, a special award at the third Asian Art Biennale Dhaka, Bangladesh in 1986 and the Karnataka Lalithkala Academy honor in 1989. Yousuf Arakkal died in Bangalore in 2016.