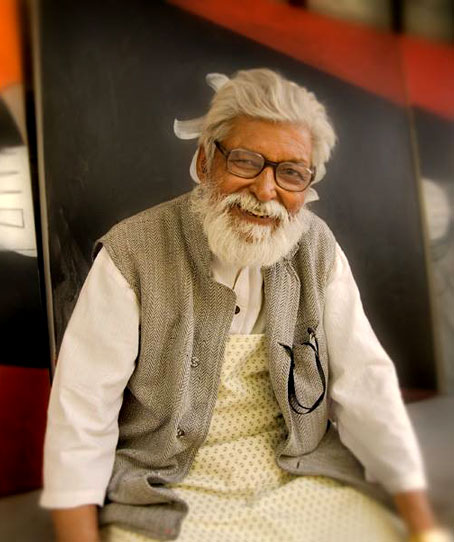 Born in Uttar Pradesh, India. Qualified in Painting from School of Art, Delhi Polytechnic during 1958-63. By the time he finished his studies he was a well-known artist and organiser in Delhi. He formed a group called ‘The Six’ with artists Jagdish Dey, Manjit Bawa, Nilmonee Chatterjee and others, and they exhibited at the AIFACS Art Gallery quite regularly. Varma is the recipient of several awards including the National Academy Award for Painting by the Delhi LKA in its 46th National Exhibition of Art held at Kochi in 2004, the AIFACS Camlin Award in 1984 and the Sailoz prize in 1962. He participated in many solo exhibitions and key group shows the world over. Umesh Varma died in New Delhi in 2019.

‘. . . I came to understand that creativity is an illegal act because it wants to see the world in a new perspective.’