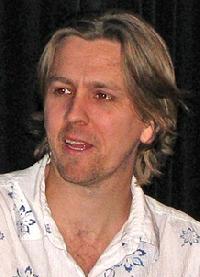 Trent Parke is the only Australian photographer represented by the celebrated Magnum group. Trent won the prestigious W Eugene Smith Award for humanistic photography in 2003 and world Press Photo Awards in 1999 (Bathurst Car Races), 200 (The Seventh Wave), 2001 (Australian Road Kill series) and 2005 (Aboriginal community). He has been awarded five Gold Lenses from the International Olympic Committee (1996, 1997 and 1998) and the Canon Photo Essay Prize in the 2000 Sasakawa World Sports Awards. He was also selected in the World Press Photo Masterclass in 1999. Trent self-published his first two books Dream/Life in 1999 and (with Narelle Autio) The Seventh Wave in 2000. Both publications were among the top two book awards at the Picture of the Year International in USA. His work has been exhibited widely including recent solo exhibition in New York and Germany.