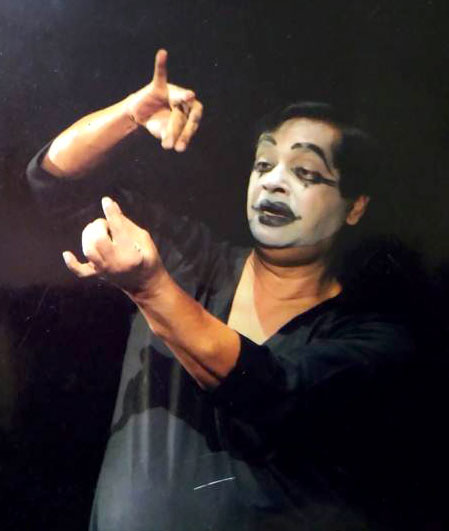 Swapan Nandy (b. 1948) graduated from the Government College of Arts and Crafts, Kolkata, where his teachers were Gopal Ghose and Ganesh Haloi, among others. Later, settling in his hometown Agartala, in Tripura, Nandy immersed himself in painting, illustration, poetry and mime, and emerged as a leading cultural voice in the region. Poetry and painting, he feels, cannot be separated. He chose to stay away from abstraction and put his energies in painting deeply lyrical images of the landscape and the people.