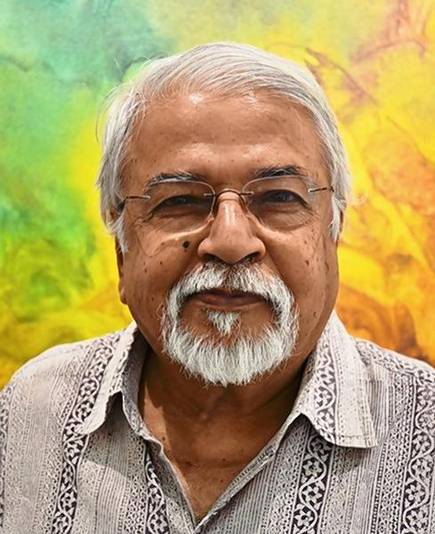 S.G. Vasudev was born in Mysore, Karnataka in 1941. He received a national scholarship in 1964, while a student at the Government College of Art, Madras, and an award from the Lalit Kala Akademi in 1967. Vasudev became well-known for his Vriksha (Tree of Life) series, which evolved over nearly a decade, turning into the Tree of Life and Death in the latter half of the 1980s. Later, he explored the theme of Maithuna, the union of the female and male principles – the prakriti and the purusha – that exist in nature, through a series of drawings, paintings and copper reliefs using contrasting forms and colours.

Vasudev has participated in numerous shows in India and abroad. He has also been art director for two award-winning Kannada films. He was advisor to the Lalit Kala Akademi and National Gallery of Modern Art in New Delhi, and the Karnataka State Lalit Kala Academy. His work won him recognition from India’s National Academy of Art, the State Academies of Art in Karnataka and Tamil Nadu, and the Government of Karnataka.