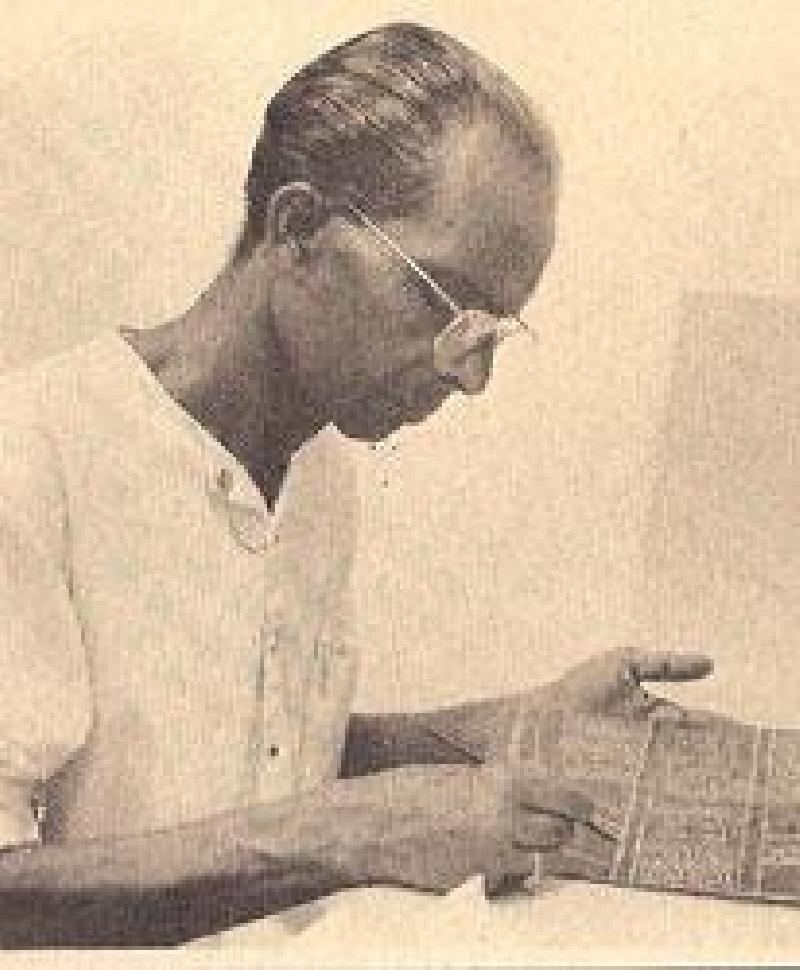 Haren Das was one of the best printmakers that India produced during the years of World War II. He was born in Dinajpur, now in Bangladesh, in 1921. He graduated from Govt. School of Art and Crafts in 1944. Subsequently he did an art teacher’s course in 1946. After a stint as an art teacher in a school, he joined his alma mater as a teacher in graphic arts. Later the School became a College and he was a lecturer and head of the Department of Graphics Arts till his retirement in 1981. He participated in national level art exhibitions and in international graphics art exhibitions in Leipzig, Tokyo, Osaka, Italy, Norway, China, Australia and Switzerland. Besides teaching he worked meticulously in various media of printmaking. He won the gold medal consecutively for three years at the Annual All India Show of the Academy of Fine Arts. He also won gold medals from Hydrabad, Patna, Madras and was awarded the Abanindra-puroskar by the Govt. of West Bengal. In spite of this recognition, he was barely known outside a small circle of students and admirers. It was Ibrahim Alkazi who made him known on a national scale by organizing a large retrospective at Art Heritage, New Delhi, in 1983. Haren Das passed away in 1993.