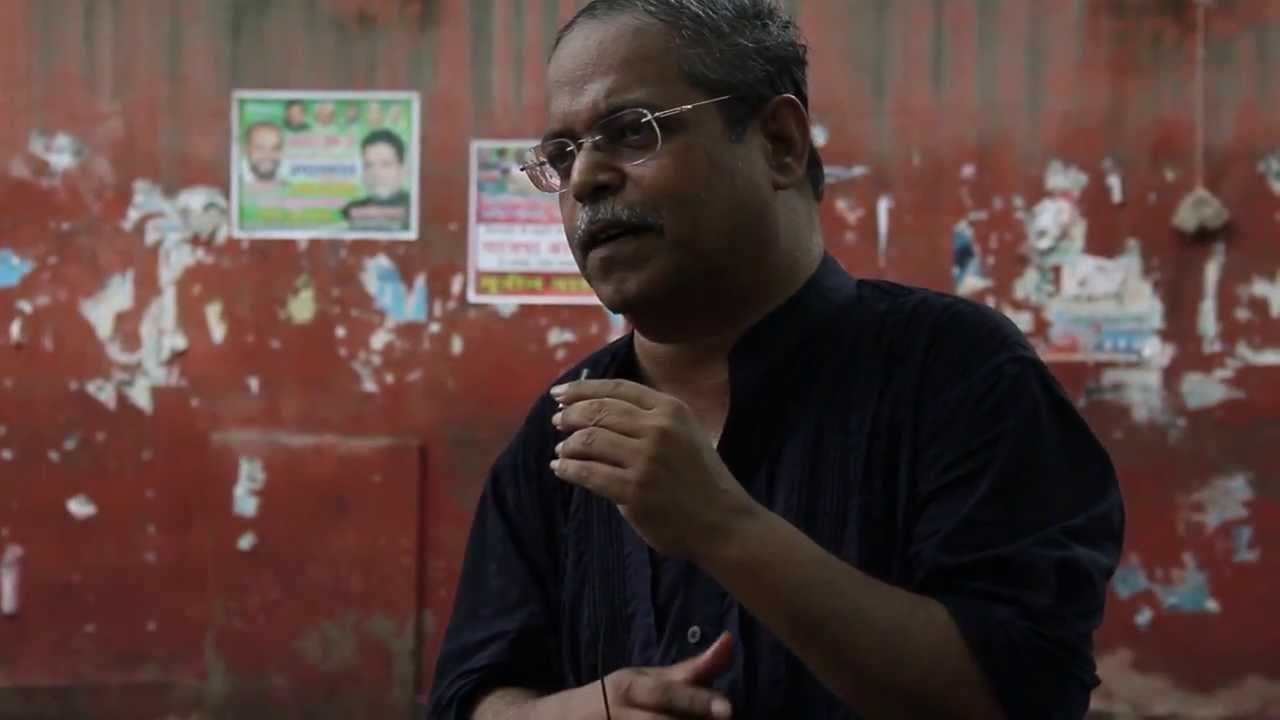 Ashok Bhowmik was born in Kolkata in 1953, to a second-generation Bengali immigrant family from Noakhali, Bangladesh. He graduated from the Government College of Arts and Crafts, where he received the Governor’s Gold Medal. Bhowmik’s paintings show influences of folklore, myth, and magic. His distinct style of portraying human faces and bodies recalls ancient statues, with pictorial cues from ancient Egypt and Africa, as seen in the profile view of many of his subjects. His paintings, highlighted with streams of colour and accents are set against stark, bleak backgrounds, adding to the simple yet powerful nature of his images.