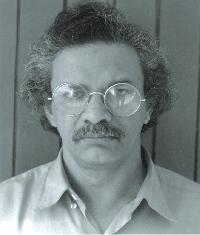 Abdus Satter’s prowess in drawing was noticed early by his schoolteacher in Natore, Rajshahi. Encouraged by his father, he joined the Government Art College in Dhaka and was one of the first students to study in the Oriental Art department. He later went to the US as a Fulbright scholar and received an MFA from the Pratt Institute in New York. Satter completed his post-graduate studies at Visva Bharati, Santiniketan. There, mentored by the brilliant printmaker Somnath Hore, Satter produced an important body of work to express the horror of the mindless massacre staged in Dhaka in 1971. Although Satter retired as a professor of the department of fine art, University of Dhaka, he continues to work tirelessly.

Satter’s works have been shown in many countries of the world. He received awards at the Poland Art Museum International Prints Exhibition in 1997; the First International Triennal for Prints in Egypt in 1993; the International Biennal of Graphic Art in Yugoslavia in 1981, 1985 and 1989; the First Biennal in Pakistan in 1981, and the Asian Art Biennale in 1981. In Bangladesh he received an Honourable Mention in 1994 and 1992, the Best Award for Print in 1981 and 1976 and a Gold Medal in 1980.