NEXT DHAKA: NEW VISIONS OF THE CITY 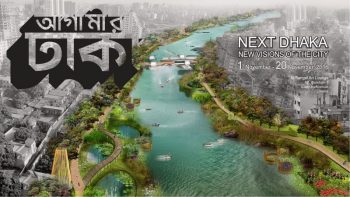 After a successful launch event of the exhibition “NEXT DHAKA: NEW VISIONS OF THE CITY” organized by Bengal Institute on October 15 at Bengal Art Lounge, 60 Gulshan Avenue, we opened the exhibition to the public. Considering that Dhaka demands new architectural and urban imagination to face the challenge of being the toughest city in the world, Bengal Institute is dedicated to reimagining the future of Dhaka city.

The exhibition was open for anyone to visit from November 1st to November 20th at the Bengal Art Lounge, Gulshan-1, from 15:00 to 20:00 every day.