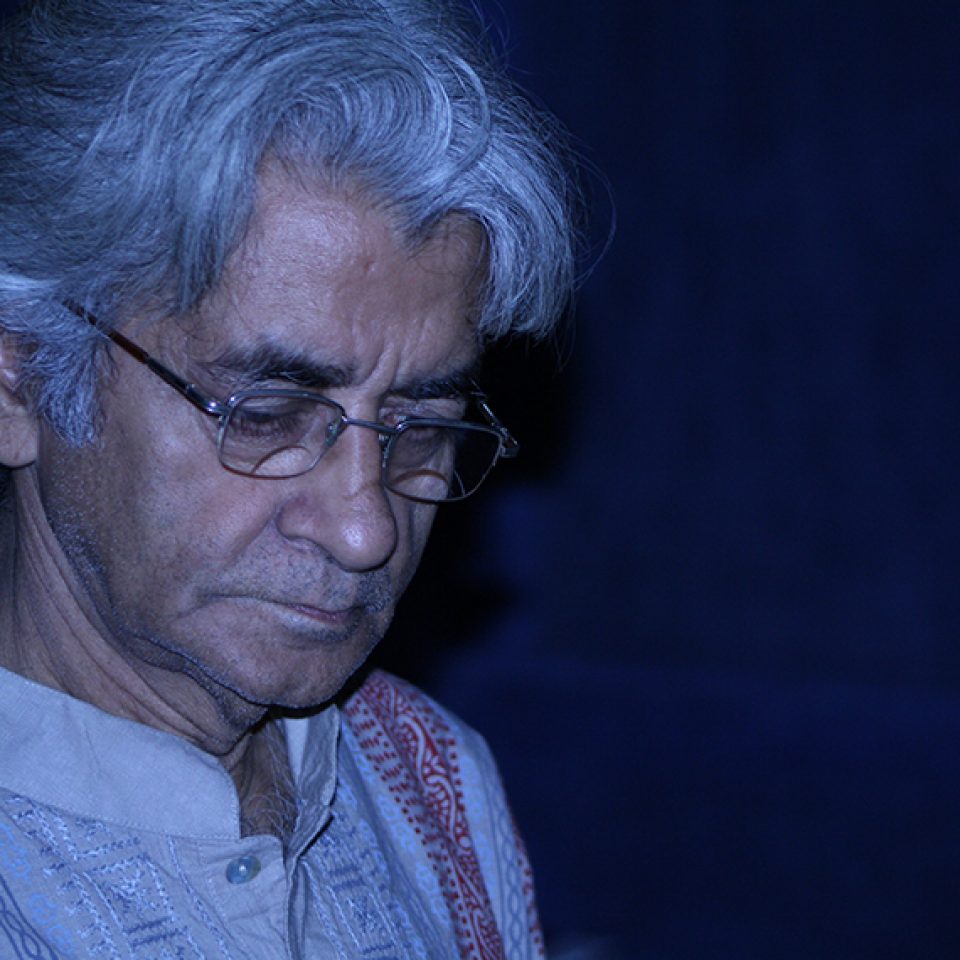 Pratul Mukhopadhyay (born 1942), a creative artist, was a natural singer since his childhood. He rendered a poem of an eminent poet Mangalacharan Chattopadhyay into a song at the age of twelve. He is a song-writer, composer and singer since the late sixties. In the sphere of Bengali songs, he may be regarded as an untiring experimenter, often transgressing established rules and practices but never severing the traditional root.
“Aami Banglay Gaan Gaai” the song written, composed and sung by Pratul Mukhopadhyay has become a song aimed at rediscovering the identity of Bengali speaking people all over the world.