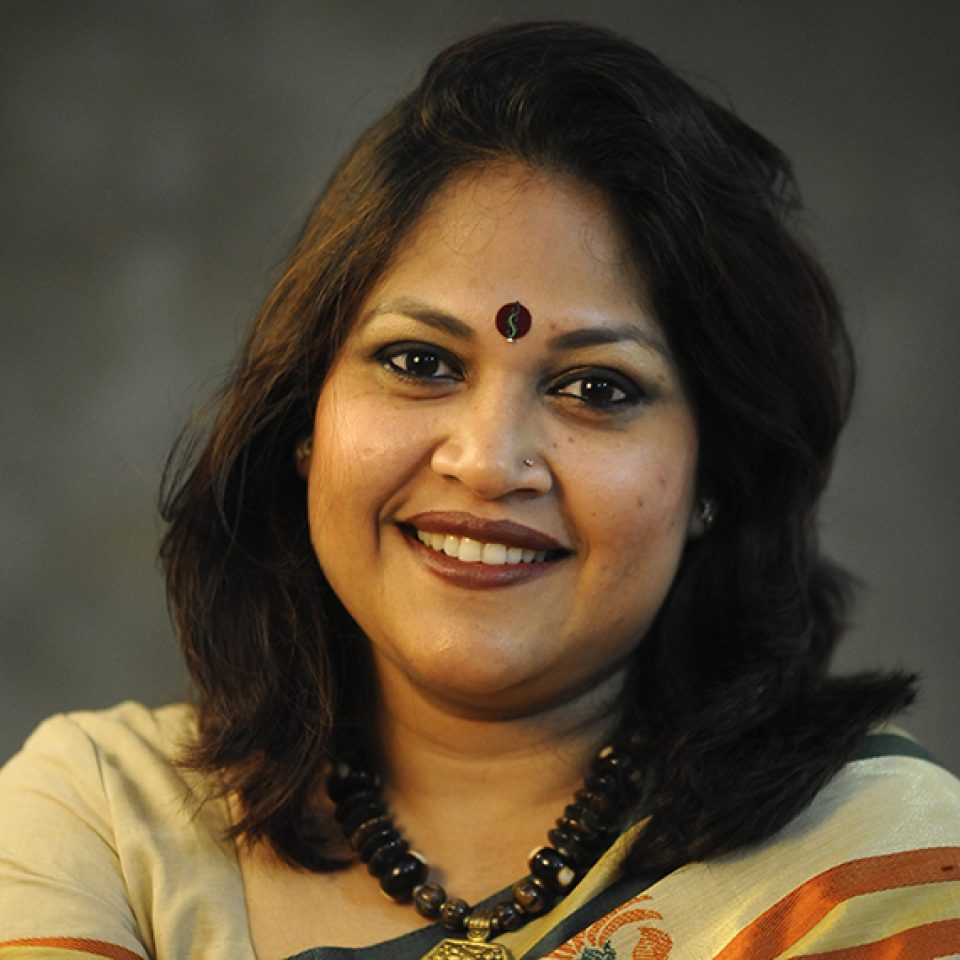 Mrs. Nandita Yasmin was initiated to the realm of Rabindra Sangeet by Late Moshad Ali at the tender age of 5 after which she commenced her formal training in Rabindra Sangeet in 1983 at the music school ‘Shangeet Bhaban’ under legendary Rabindra Sangeet exponent of Bangladesh, Kalim Sharafi. During her tenure at ‘Shangeet Bhaban’, she had the opportunity to train under Bangladeshi musical luminaries like Sadi Mohammad, Rezwana Choudhury Bannya, Late Aminur Rahman Nijhu, and Mridul Kanti Chakrabarti.
Nandita has been an enlisted artist with Bangladesh Television & Bangladesh Radio since 1991. She is also a member of the Musical Organization ‘Rabiraag’, led by her mentor Sadi Mohammad. Nandita is also a member of Bangladesh Rabindra Sangeet Shilpi Shongstha and Bangladesh Rabindra Sangeet Shommelan Parishad. She has been a regular performer in various public programs in Bangladesh and abroad. She has performed at the Indira Gandhi Cultural Center, Dhaka, twice so far and also performs at the musical programmes organised by the Bengal Foundation. She represented Bangladesh at the prestigious joint celebrations of the 150th Birth Anniversary of Rabindranath Tagore between India and Bangladesh in New Delhi and Kolkata.
Nandita’s debut album ‘Bajabo Shornobeena’ was released in March 2008 to rave reviews. Subsequently, her album ‘Abar Jodi Bhashai Bhela’ was released on May 30th 2010 by Bengal Foundation and her latest music album was released by HMV in May 2012. She is a regular performer on Tara Music channel in Kolkata and local TV channels in Dhaka.