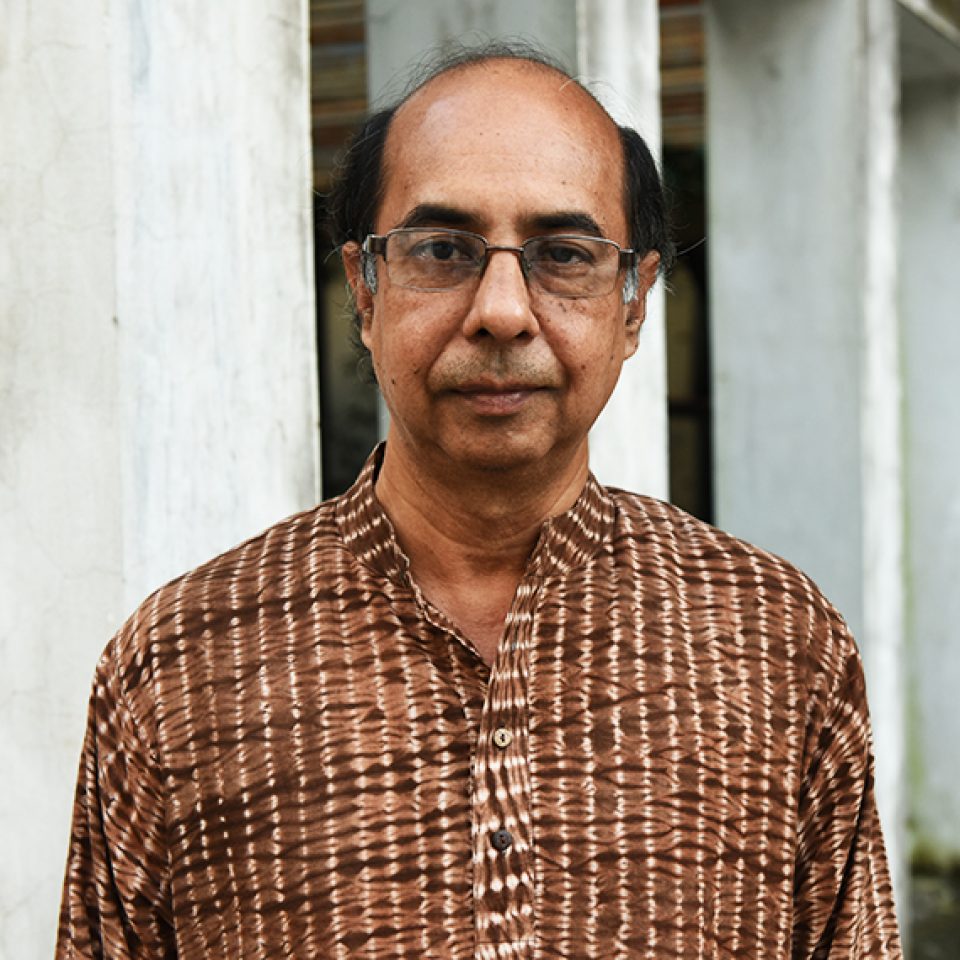 Bulbul Islam was born in Sirajganj, Bangladesh. He received initial training in music from Babu Kanchuram Adhikari. Early in life, he took lessons in classical music under the guidance of Sudharam Guha and Rajendranath Karmakar. He enrolled in the Chayanaut Sangeet Vidyayatan (school of music) in Dhaka in 1981 and learned extensively from his mentor, the revered Tagore exponent Waheedul Haque. For a brief period, Bulbul had the good fortune to receive the guidance of renowned Tagore singers Shailajaranjan Majumdar, Nilima Sen and Kanika Banerji.

In 1982 he actively joined ‘Anandadhani’, an organization aimed at nurturing Bengali music. Meanwhile he became deeply involved with ‘Jatiya Rabindra Sangeet Sammilan Parisad’, a national platform devoted to the practice and learning of Tagore’s music and the development of Indian classical music. From 2004 to 2008 he functioned as the General Secretary of the organization. Bulbul Islam is presently the Vice President of the Executive Committee of ‘Jatiya Rabindra Sangeet Sammilan Parisad.’

Bulbul has performed a number of times in New Delhi, Kolkata, Santiniketan, Assam and Tripura. Between 1999 and 2004, he rendered Tagore songs to wide acclaim in various concerts in New York, Baltimore and Buffalo. In 2008 he performed in London and Jakarta. Till date there are 5 albums containing his renditions of Tagore songs. Of these, ‘Dole Premer Dolonchanpa’, ‘Sudurer Piasi’, ‘Ganer Ratanahar’ and ‘Sondhar Meghomala’ are published from Bangladesh and ‘Antare Jagicha’ from Kolkata, India. Bulbul is regularly invited to perform in television channels in West Bengal, India, and Bangladesh.

He holds a Master of Commerce degree in Management and serves in a private organization.