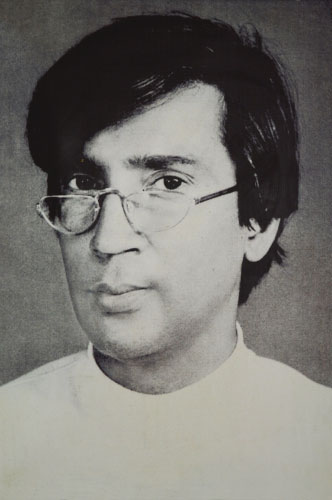 Rashid Hossain Choudhury (1 April 1932 – 12 December 1985) was a second generation artist, sculpture, writer and professor in Bangladesh. He played a major part in the progress of art movements and improvement in the art-related educational institutions in this country. For his creative endeavor and innovative influence, he has been highly praised. During the 1950s, he had been a significant pioneer in the modern art movement.

In the Indian subcontinent, he was prominent as a 20th-century tapestry artist. Besides tapestry art, he also worked on oil painting, tempera, water painting and various other mediums. At home and abroad, he worked on many tapestry arts on both governmental and private buildings. For outstanding contribution in the tapestry industry, he was awarded the Ekushey Padak in 1977 which was the highest civilian award in Bangladesh back then. He was also awarded the Bangladesh Shilpakala Academy Award in 1980.

Rashid received education in the field of art from Madrid and Paris, and hence a western touch in his modern art can be noticed in his work. During that period of time, colours were very costly but it didn’t stop him to implement vibrant colours in his work. In his work, Bangladesh’s future in modern art was noticed. Beside the Art Movements, he had special contributions in the sector of fine arts associated educational institutions in Bangladesh. His works are now preserved in Bangladesh and abroad, in different public and private institutions.