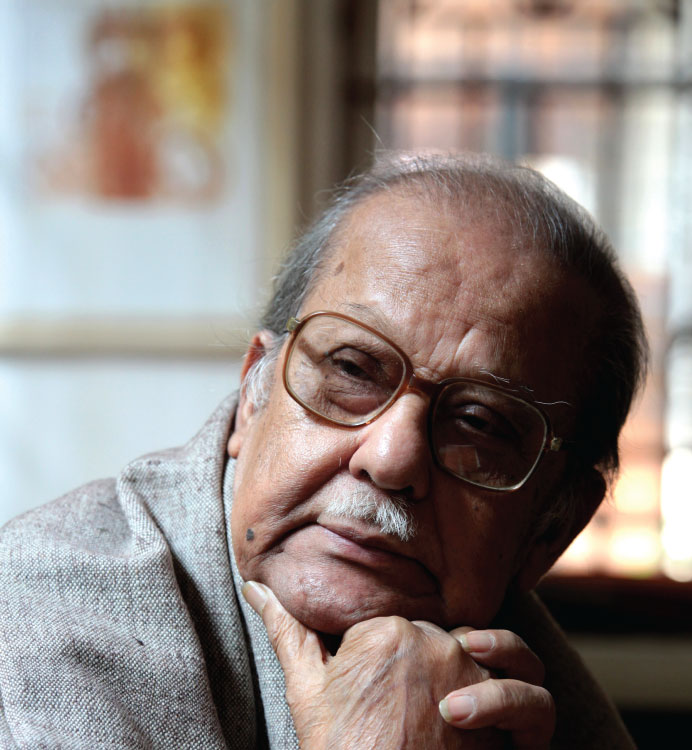 Born in 1936, Birbhum (West Bengal), Ramananda completed his graduation in Fine Arts from Kala Bhavan, Santiniketan, Kolkata in 1957 under the guidance of Nandalal Bose. He taught Fine Arts at the Ramakrishna Mission Vidyapith, Purulia. He was a member of Birla Museum and the Asiatic Society, Kolkata and is a recipient of Four Academy Awards in 1961, 1972, 1978 & 1980 besides the Abanindranath Puraskar by the Government of West Bengal in 2000. He has held many solo shows and group shows across India and abroad including Kala Bhavan, Santiniketan in 1969; Academy of Fine Arts, Kolkata in 1971, 1975, 1981 & 1986; All India Fine Arts and Craft Society, New Delhi in 1972. A Retrospective exhibition of his works was organised at the Academy of Fine Arts, Kolkata in 2003. He is one of the trustee members of Indian Museum, Kolkata and also a member of Kolkata Corporation Heritage Committee. He lives and works in Kolkata.