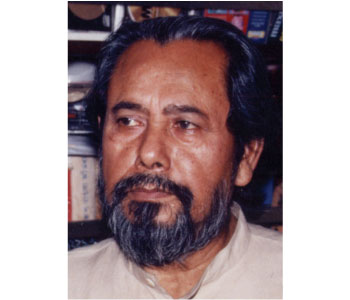 Nurul Islam belonged to the third batch of students graduating from the Dhaka Art Institute in 1956. He developed a signature style, overcoming the early influence of his predecessors. It is a style that is not only his own but also distinctively represents Bangladesh, as do the works of Zainul, Quamrul, Sultan and Qayyum Chowdhury. His retrospective in Bengal Gallery, titled The Enchantment of the Transcendental was his fifth solo in 52 years. The show introduced him to a larger audience and confirmed his renown as an artist of great versatility. Although proficient in oils and a watercolour, his excellence reigned supreme in pen and ink drawing.
Islam’s works have been exhibited in solo and group exhibitions in Iran, Karachi, Turkey and the USA. Nurul Islam, a leading artist who had contributed to the art movement in Bangladesh, passed away in 2010.