Warning: "continue" targeting switch is equivalent to "break". Did you mean to use "continue 2"? in /home/bfoundationadmin/public_html/wp-content/plugins/revslider/includes/operations.class.php on line 2722

Warning: "continue" targeting switch is equivalent to "break". Did you mean to use "continue 2"? in /home/bfoundationadmin/public_html/wp-content/plugins/revslider/includes/operations.class.php on line 2726

Warning: "continue" targeting switch is equivalent to "break". Did you mean to use "continue 2"? in /home/bfoundationadmin/public_html/wp-content/plugins/revslider/includes/output.class.php on line 3624 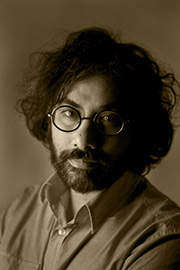 Born in Dhaka, Bangladesh, 1978. He is a documentary photographer based in Dhaka, Bangladesh. He completed diploma in photography and was a student from Pathshala (1st batch) – South Asian Institute of Photography. He attended a 3 year long seminar (Pleasure of Life) assigned and supported by World Press Photo Foundation Netherlands and was nominated for World Press Photo Joop Swart Master Class in 2003. He is a member of Agency Bildenberg-Germany. His work has been published in National and international publications including The Daily Star,The Daily Shamokal, Daily Vorer Kagoj, Daily New Age, , New Internationalist, I care (Norway) Climate Change and world Heritage (UNESCO), Disappearing World (Harper Collins) and so on. He made lot of climate change related video and still documentary for DoE (Department of Environment) of Bangladesh government. His main arena of interest is socio-cultural aspect such as women and women rights, culture and identity, worker, health and environment, climate, politics and political violence, religion etc. He is doing national and international assignments. His major work include – Child Cancer, Workers Of Ship Breaking Yard, Life In a Brothel, Climate change and its effect on marginalized community, Tiger widow of Sundarban, Political violence, Cuba-revolution inside revolution, Victims of Rwanda genocide, Leprosy village in Tamilnadu (India) , Migrant worker in Spain, etc.