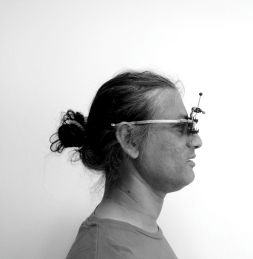 Mahbubur Rahman was born in 1969 in Dhaka. He completed his MFA at the Institute of Fine Arts, University of Dhaka in 1993, and co-founded Britto Art Trust, the first non-profit artists’ collective in Bangladesh, in 2002 (www.brittoartstrust.org). A pioneer of the cross-media approach in the country, his practice includes drawing, sculpture, installation, performance and video. Rahman’s work engages with questions of history, society and the human condition to examine the impact of modernity on contemporary life in South Asia.

Mahbubur Rahman has held important solo projects at various international events such as the Dhaka Art Summit (Bangladesh, 2014 & 2012) and the India Art Fair (New Delhi, 2013). Rahman’s has held a number of solo exhibitions since 1994 and the most recent ones include Dust to Dust (2010-2015) at Bengal Art Lounge (Dhaka, 2015), Mahbubur Rahman curated by Vidya Shibadas at Devi Art Foundation (Delhi, 2009), Mumbai Tropism at the LOFT and Blue Frog (Mumbai, 2009), The Story of a Deceased Man at Gallery Kaya, (Dhaka, 2007), Spell of Weeping at La Galerie, Alliance Française (Dhaka, 2004).

Rahman has received numerous grants and awards, including the Shera Bangali by Star Anada (India, 2011); the Grand Award at the 9th Asian Art Biennale (1999, Bangladesh) and the Honorable Mention Awards in the 14th, 7th and 5th Asian Art Biennale, the Bangladesh Shilpakala Academy Grand Prize at the 13th National Art Exhibition in 1998, as well as the Best Award in Sculpture in 1998, 1994 and 1990 at the Young Artists’ Exhibitions hosted by Bangladesh Shilpakala Academy.

More information on Mahbubur Rahman can be found on www.mahbub-lipi.com or by writing directly to him: art_lifeus@yahoo.com