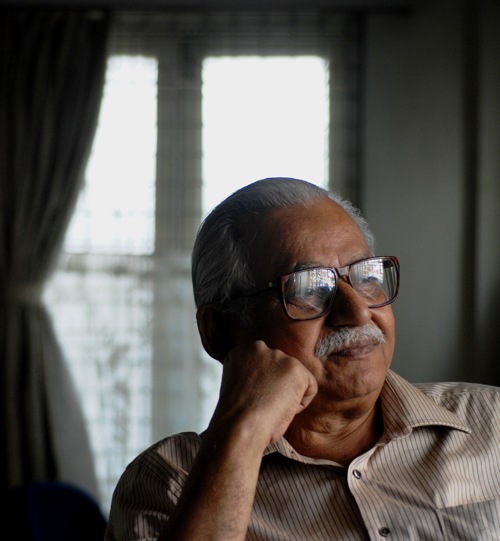 Art needn’t be realistic – but it absolutely must be truthful.”

Lalu Prasad Shaw was born in Birbhum, West Bengal, in 1937, and completed his education in fine arts at the Government College of Arts and Crafts in Kolkata. Influenced by the pre-independence Company School of art, the traditional Kalighat Pat and the Ajanta cave paintings, Shaw draws his inspiration primarily from nature and the milieu surrounding the great Bengali middle class, often depicting pleasant and quiet scenes from his own life on his canvases and papers. He took a liking to printmaking when he was 32 years old and mastered the genre of graphic arts shortly, making a name for himself as a printmaker comparable to the great reputation that he already had as a painter.

Shaw’s works have been a part of prestigious international shows such as the second British Biennale in London, 1970, two Norwegian Print Biennales in 1974 and 1978, the seventh Paris Biennale in 1971 and the second Asian Art Biennale hosted by Bangladesh in 1984. Lalu Prasad Shaw lives and works in Kolkata.