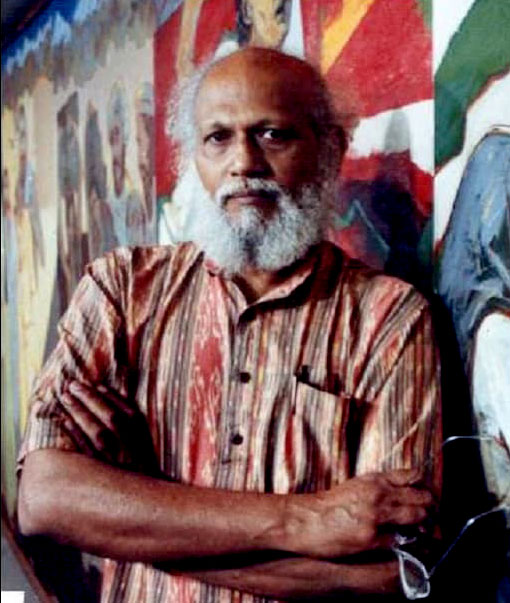 Jatin Das was born in 1941 in the Mayurbhanj district of Orissa, in a region steeped in art and crafts traditions. He studied at the Sir JJ School of Art, Mumbai, under Professor S.B. Palsikar. Das is known for his dynamic figures and powerful strokes. The human body holds an endless fascination for the artist which he pursues tirelessly in paintings, murals, and sculpture. His works have been appeared in major international auctions.

Over time, Das built a large personal collection of traditional crafts and is now working towards conservation and promotion of visual and plastic arts, both traditional and contemporary.