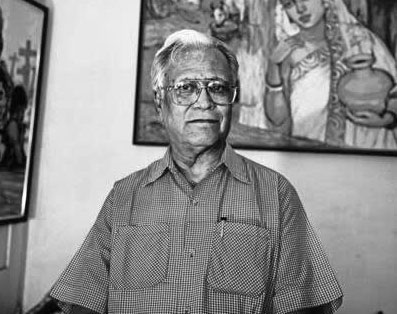 Isha Mohammad was born in Konnagar, West Bengal, in 1933. He was educated in the strict traditions of British academic art practice at the Government College of Art & Craft, Calcutta, from where he obtained a Diploma in 1958. In 1968 he travelled to Germany (then West Germany) to study graphic art. Here he encountered the German Expressionist group and was influenced by their work. His later body of works show a relatively simple approach in portraiture, sometimes set in a surreal environment, in which one can perceive subtle yet powerful commentary on sexuality, politics and society.