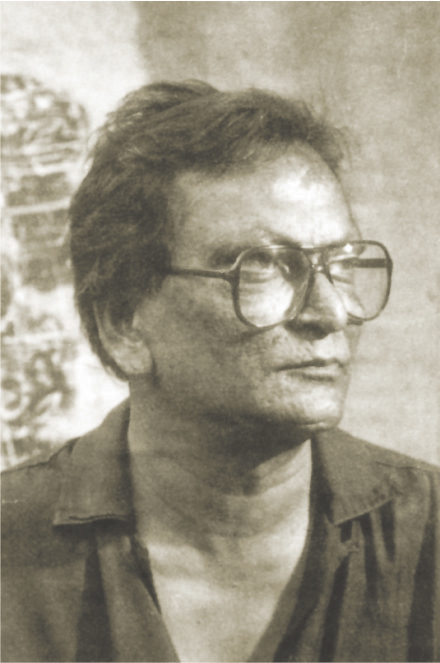 Trained in the beaux arts tradition in the fifties, Rahman was an important figure in the modernist movement of painting in the country. He is responsible for the design of the Central Shaheed Minar (1952 Language Movement Martyrs Memorial) at Dhaka. Notable among his awards are the President’s Award for Pride of Performance in Painting in 1970 and the Ekushey Padak in 1980.

Rahman was born in Dhaka in 1928. He received his art education from the Government Art Institute, Dhaka (1948-50), Ecole des Beaux Arts, Paris (1950-51) and Central School of Art and Design, London. He attended a summer course in mural painting at the Accademia di Belle Arti in Florence, Italy in 1953. Later, he worked as a research scholar in Pennsylvania Academy of Fine Arts at Philadelphia, USA, during 1958-59. Hamidur Rahman took up art teaching alongside his more substantive work as a painter. He was a professor of fine arts at McDonald and Cartier Polytechnic at Montreal, Canada.

Essentially cubist in conception, Rahman’s approach to art, nevertheless, steered clear of any recognised exercises – cubist or otherwise. His style blends elements from different traditions, but all the while he attempted to radically locate both himself and his art in their constantly evolving contexts. Hamidur Rahman died in Canada in 1988.