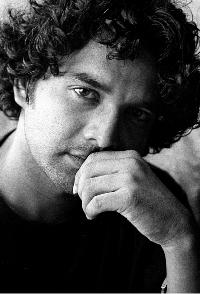 Bangladeshi Photographer GMB Akash’s passion for photography began in 1996. As a young man he became fascinated with the interpersonal relationships he was able to develop with his subjects through the lens of his camera. Growing up in a developing country filled with millions of impoverished people and abused children, GMB Akash had access to the darkest corner of the world for which he was passionate. But at some point he realized that just effectively reporting the human rights injustices through his images was not enough. He wanted to find ways to help the subjects of abuse and suffering in his photographs as well. He writes,

“I repeatedly asked myself then what changes my photos brought to their life? Yes as a photojournalist it is my duty to tell the truth but beside that as a human being we all have responsibilities. Then I decided to dedicate my 10 years project ‘Survivors’ in their name and for their changes.”

As a multimedia Journalist GMB Akash has traveled intensively in 25 countries and received more than 80 international awards.

GMB Akash uses his talent, his perseverance and his camera to communicate through the extraordinary images he takes: those injustices that most people do not want to acknowledge. More than a photojournalist, GMB Akash goes much further than simply informing and provoking societies with his exceptional photographic gift. He takes concrete action to improve the lives of the impoverished and the abused. This is his life mission. He speaks for the voiceless through his photography and his two
published photography books as well as spreads the word of the situation of the poor, uneducated and abused at many conferences to which he has been invited around the world. He is most focused on changing the situation of child abuse in Bangladesh and creating awareness of this problem that exists around the world.

Founder of FIRST LIGHT INSTITUTE OF PHOTOGRAPHY, Narayangonj, Bangladesh. In Aguust of 2013, GMB Akash founded this photography school with the ultimate objective of providing basic education for street children, child sex workers, and child laborers from the proceeds from teaching photography in workshops and seminars for aspiring young photographers at reasonable tuition.