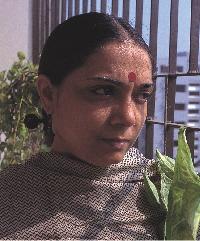 Alka did her schooling in Delhi and went on to graduate in Fine Arts from Sir J. J. School of Art in Bombay, India. Married in 1979 she has continued to paint over the years and exhibit her works. Alka has traveled widely, interacted closely with artists in Beirut, Paris, Delhi, Bombay and Dhaka. It is not surprising therefore that these experiences have left an impact on her work. Mixed media with the use of collage, pastel, paints and inks are incorporated in her works and give it a unique distinctive style of her own.